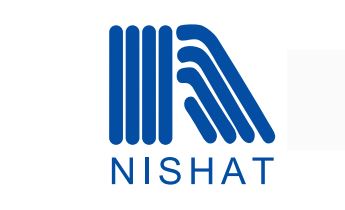 Nishat Chunian Power Limited (NCPL) posted a net profit of PKR2.06billion during 9MFY21, compared to the profits of Rs3.4bn in the corresponding period last year, marking a 39%YoY decline.

The Earnings per share of the company stood at PKR5.62/share comapred to PKR9.26/share during 9MFY20.

The decline in profitability was primarily due to lower Sales compared to the same period last year. The Sale revenues of the company declined by ~21% YoY owing to removal of the debt component from the tariff and lower Furnace Oil (FO) prices. While accrued Interest on delayed payments of invoices by the Power Purchaser (WAPDA/CPPA) contributed 35% to the net profit during the current period.

Gross margins dropped witnessed a massive decline to 34% during 9MFY21 as compared to 48% in the same period last year mainly due to the absence of debt component in sales and higher load factor.

Moreover, the company’s other income declined by 6.76% YoY, however, this was offest by a reduction in administrative expenses by 10.63% YoY.

Finance cost during the Nine Months period declined by 56% standing at PKR 722million as compared to PKR1.64bn in the corresponding period last year mainly due to decline in mark-up cost as Interest Rates decline signfiicantly during the period along with decline in Short Term Borrowings.

No dividend was announced with the results.

NCPL’s financial report highlighted that liquidity crunch remained high during the period. As of March 31, 2021, the total receivables from Power Purchaser have increased to PKR 20.56 billion, out of which PKR 16.53 billion were immediately overdue. In order to resolve the issue of overdue receivable the Company and CPPA-G have agreed a payment mechanism in Master Agreement whereby the total overdue receivables as on November 30, 2020 will be paid to company in two instalments as agreed in the Master Agreement. National Electric Power Regulatory Authority (‘NEPRA’) has issued its determination on revision in tariff as required by the Master Agreement paving the way for the payment of first installment, however its execution is pending at the GOP end.