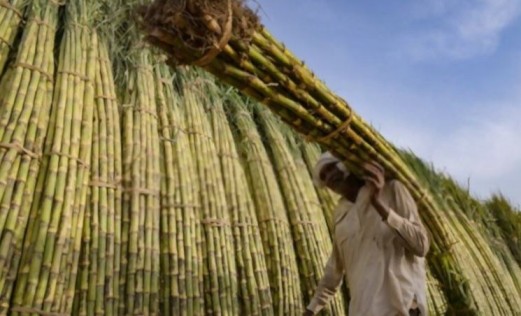 Prime Minister Imran Khan said on Tuesday that tax revenue should be increased because the country’s stability is threatened by the burden and payment of debt, and the government does not have the money to invest in various sectors, including agriculture and the social sector. care. people.

The prime minister said in a speech at the launch of the Track and tracing system of Sugar System that half of the total revenue collection will be used to service debts on money borrowed by states over the past ten years.

According to him, efforts to implement this system have been made since 2008, and now it will be finally implemented in 2021.

The prime minister said the role of the Federal Tax Council (FBR) is very important and that his dream of raising the tax rate to Rs 8 trillion will come true within a few years. It was a move when he began to think about whether it would be done during his tenure and whether it would have far-reaching implications for tax collection.

The prime minister said that the country’s biggest problem is that it does not have enough money to take care of the country and therefore has to borrow.

He said that during the colonial system, people did not consider tax evasion a bad thing because their money was sent abroad.

He lamented that after gaining independence, the country’s ruling elite did not allow the tax culture to develop in the country at all, because they had personal interests, not national interests.

The prime minister also cited the example of Western countries, where no one can imagine tax evasion, and even the rulers value taxpayers’ money.

He said that if the British prime minister went to the United States, he would stay at the embassy there so that they would not have to spend money on a hotel. The prime minister said that in the past, governors spent 10 times more on trips abroad.

The prime minister said that the tax culture is important because the stability of a country depends on the tax rate.

He said that those responsible for the country’s debt must be punished. The prime minister said that automation would prevent embezzlement in the tax system.