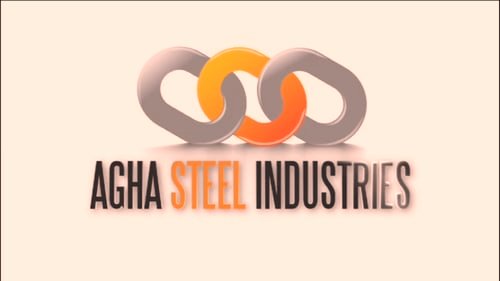 This was reflected in the company’s earnings per share, which rose 27% year on year to Rs 1.12 per share, up from Rs 0.88 per share in the same quarter last year.

Agha Steel is a Pakistan-based composite steel producer with a smelting and initial rolling capacity of 250,000 tons per year and 150,000 tons per year, respectively. During the quarter, the company recorded net sales of Rs 5 billion, up 53% from Rs 3.29 billion in the corresponding quarter last year. As a result, the company’s Gross profit increased 39% year-on-year to Rs 1.1 billion, despite a 53% year-over-year increase in cost of sales.

So far, the company’s performance has remained extraordinary, having made solid profits in the past two years or so compared to its competitors, which have either recorded losses or barely made a profit. The main competitive advantage of the company is its ability to achieve higher gross margins compared to its peers, and this is due to Electric arc furnaces (EAF), which allow it to produce fittings at much lower prices. During the reporting quarter, the company’s gross profit was 22%, down 2ppt from 24%, mainly due to an increase in cost of sales. However, the margin was higher compared to peers (margin in the first quarter of fiscal year 21 was 11.15%).

On the cost side, while the company saw a 75% increase in administrative costs yoy and 36.8% yoy in sales and distribution costs, the effect offset a reduction in financing costs for 43% year on year due to the discount rate cut.

As a result, the company was able to significantly increase its operating profit by 215.5% year-on-year, mainly due to higher margins derived from more efficient manufacturing compared to competitors and a strong presence in the high-margin business sector rather than retail, as The company generates 80% of institutional sales.

In terms of taxes, the company paid Rs 149.5 million in tax payments for a tax drawdown of Rs 84.4 million in the corresponding quarter last year, which equates to an effective tax rate of 23%.

SBP, PSX to work for deepening of debt and capital markets