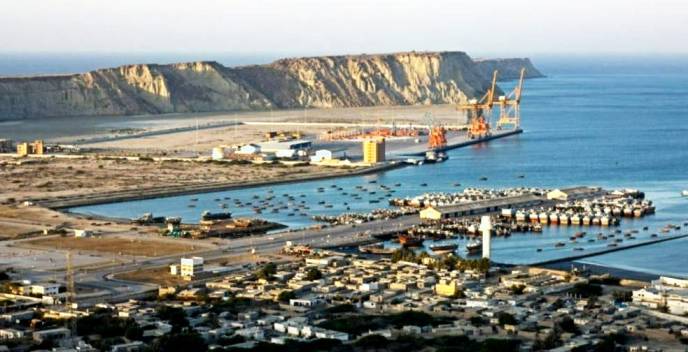 Mr. Khalid Mansoor, Special Adviser to the Prime Minister’s on CPEC, told the Senate Standing Committee on Planning, Development and Initiatives that a competitive bidding is needed for the ML-1 (Karachi-Lahore-Peshawar) railway project.

The Senate Standing Committee on Planning, Development and Special Initiatives met Thursday with the Speaker of the House of Representatives, Senator Salim Mandvivala.

The meeting was attended by the Minister of Planning, Development and Special Initiatives Asad Umar.

At the meeting of the Committee, the projects for the development of the CPEC were discussed in detail.

According to him, it is necessary to reinstate the confidence of Chinese companies in investing in the country.

SAPM told the committee that only $ 50 million of the $ 1 billion grant has been disbursed for 27 socio-economic development projects as mandated by the Chinese government.

Four years ago, China provided Pakistan with a billion-dollar grant for social and economic development projects.

When questioned, Mansoor told the committee that Chinese investment companies are indeed facing challenges and we need to rebuild their confidence. He said that 40 Chinese companies approached him to invest.

Senator Salim Mandwwala, chairman of the committee, said, “The Chinese Ambassador met with him and expressed grave concern about the problems facing Chinese companies in Pakistan. The Chinese Ambassador says that I do not understand where to go to solve problems. When we go to ministries, they are not answered”.

“There has been little progress in the implementation of CPEC projects over the past three years,” Mandviwala said. He expressed concern about the proposals and recommendations of the Ad Hoc Committee on various governor and federal development projects that were not taken into account.

The Senate Presidential Committee emphasized the need to take into account the recommendations and proposals of the Senate, otherwise it is a useless task for the committee.