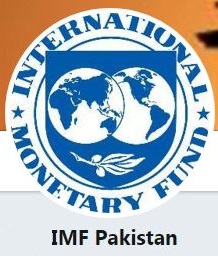 The head of the International Monetary Fund has said that the IMF needs increased resources to help the heavily indebted countries, citing an increasingly uncertain global economic outlook and a growing disparity between rich and poor countries.

Kristalina Georgieva, Managing Director of the International Monetary Fund, has long advocated a new allocation of the IMF’s currency, Special Drawing Rights (SDRs), said it would save more money that could be used to address both health and with the economic crisis. And accelerate the transition to digital transformation. And a green economy.

Under the outgoing United States President Donald Trump, the largest shareholder in the International Monetary Fund, new allocations of SDRs were blocked, a move similar to the central bank’s printing of funds, because it would provide more resources to richer countries because the allocation would be in proportion to their money. Promote.

Swedish Finance Minister Magdalena Anderson, the new chair of the International Monetary Fund’s steering committee, who spoke at an online press conference with Georgieva, said it is evident that the liquidity requirement remains high and she will be consulting with member countries on liquidity expansion options.

Georgieva said the International Monetary Fund has rapidly increased concessional financing for emerging market and developing countries, including through donations from member countries of nearly $ 20 billion in existing SDRs. According to her, this will continue to play an important role, but additional steps are needed. She said:

She said she expects the G20 to extend the current freeze on official payments on debt service for the poorest countries, which expires in June, but much will depend on the pace of vaccinations in the coming months.

IT Minister Concerned on new taxes in Mini-Budget