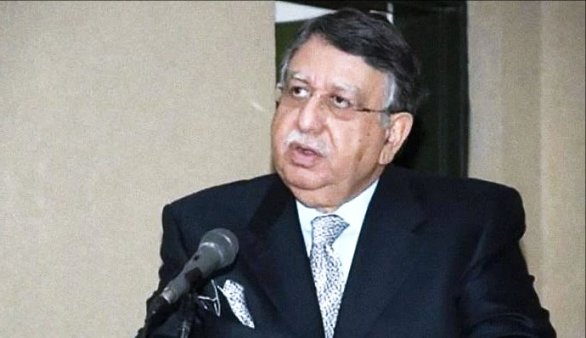 Federal Finance Minister Shaukat Tarin said that wrong decisions by the PML-N government had resulted in a loss of $20 billion to the economy and that the artificial controlling of the rupee had led to a historic current account deficit.

Finance Minister Shaukat Tarin in an interview at a virtual press conference in Islamabad with the Minister of Energy and Special Assistant to the Minister of Finance in response to the PML-N Preliminary Budget Seminar.

The finance minister said PML-N, created growth through loans, had no increase in investment and showed improvement by borrowing and building the economy on loans.

Shaukat Tarin said that everyone knew that Ishaq Dar artificially strengthened the rupee, which caused a historical current account deficit.

The Minister of Finance said that the government of Imran Khan took over the deficit of the previous government, the country’s economy was hit by a coronavirus, but this government remained positive, as our government has implemented short-term and long-term policies. We are witnessing an increase in revenues which will continue in the next two years.

In this regard, Hamad Azhar said that the data presented by the PML-N during the conference are incorrect, the current account deficit with the previous government was historic, we believe that there is inflation in our country, while economic growth will be between four or four and a half percent in FY22, our the intentions are clear, the economy has improved thanks to more efficient economic policies, every patriot is happy, foreign exchange reserves are growing.

Global Islamic finance to grow by 12% amid economic recovery

Power sector to get LNG in winters