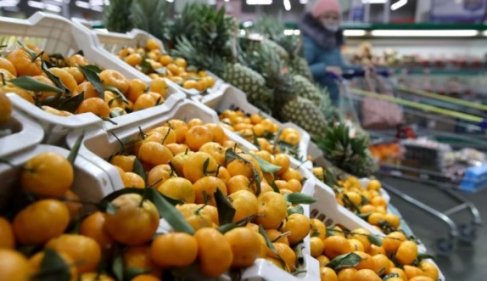 Pakistan has achieved the highest ever Kinnow export milestone during FY2020-2021 season where it exported 460,000 tons of Kinnows across the globe.

Waheed Ahmed, President of the Pakistani Fruit and Vegetable Exporters Association, said that during the export season that ended in April-2021, 460,000 tons of Kinnows were exported from Pakistan to more than fourty countries, marking a record for the country.

Waheed Ahmed added that 353,000 tons of Kinnows were exported last year. The export of canoes has increased by 30% this year. Pakistan received US $ 253 million in foreign exchange this year through Export of Kinnows.
The President of the Pakistani Fruit and Vegetable Exporters Association said the milestone had been overcome thanks to timely decisions by the Federal Ministry of Commerce, in particular the Prime Minister’s Trade Advisor Abdul Razzak Dawood.

It should be noted that the Global demand for Kinnows increased during the corona epidemic. Vitamin C in Kinnows/Oranges have proved to be the most effective weapon against the virus in the immune system. Experts recommend certain foods and medications for boosting the immune system, the most important of which is cannabis.

Weekend Lock-Down in Lahore amid 3rd wave of COVID