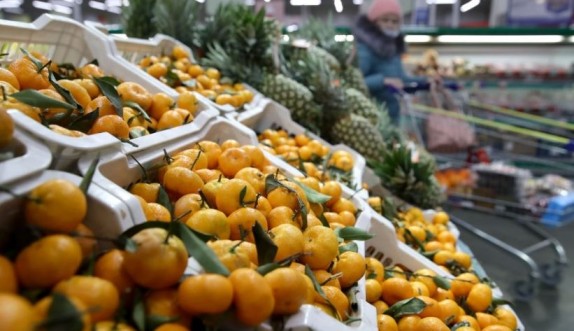 Pakistan has started exports of “Kinnow” for the current season and Kinnow Exporters are targeting a 17 percent increase in exports by volume, as compared to the previous season. Keeping in view large expected output of the fruit, it is likely that the target of potential export of 350,000 tons of the Kinnow will be met. However, there remain significant frictions in the sector which can act as a drag on exports.

The All Pakistan Fruit and Vegetable Exporters Association says the onset of COVID-19 is driving up demand for fresh and processed Kinnow/Orange products as the presence of vitamin-C in Oranges helps boost the human immune system. North American and European markets are expected to be major drivers of the increased demand. The European Union’s orange production is largely based in Spain and Italy where Proudcution have been on a declining trend. Moreover, the cost of production of Oranges in Europe is higher as compared to low-Cost Oranges being exported to the EU from other countries.

However, Despite favourable factors for Kinnow Exports, Pakistani exporters are unable to taek benefit of this opportunity. The season’s export target, although higher than last year, is nowhere close to levels achieved in earlier years.

The main reason is the Quality Control of the Kinnow Produced. The Kinnows being produced are cultivated in Farms which are quite old in age and Prone to many Crop Diseases, which led to the majority of Kinnows unable to Meet Strict Quality Standards of Export Markets.

However, both Federal Chamber of Commerce and Industries and Pakistan Fruits and Vegetables Association are of the view that annual Kinnow exports has the potential to increase up to $1 billion, within five years, with government support measures.Howeverm the government has yet to solve the issues of the sector.

KIA Sorento to be launched in February-2021

StormFiber rolls out IPv6 on Its Network