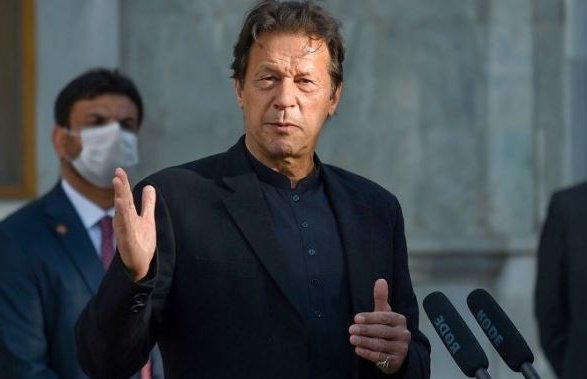 Prime Minister Imran Khan announced cut in the price of petroleum products by Rs 10 per liter and electricity tariffs by Rs 5 per unit.

In a TV address to the nation on Monday, the prime minister said he had received a briefing from OGRA that the price of gasoline to be raised by Rs. 10 per litre. However, he has decided to cut the prices by Rs.10/litre instead.

In addition, he said, the government decided to reduce the electricity tariff by Rs 5 per unit, which means a 20-25% reduction in electricity bills.

He said the government had decided not to raise oil and electricity prices until the next budget. According to him, the fall in oil prices after the war in Ukraine is not expected.

He said that Rs 70 billion in subsidies would be provided; Otherwise, the price of gasoline will be higher than 210 rupees per liter.

The policy provides for the revitalization of troubled units through tax incentives, and to attract foreign investment (joint ventures) a tax exemption is provided for a period of five years. He said Rs 1 million worth of free medical supplies through the Qami Saihat card will be available to all citizens by the end of March 2022.

Analyst believe that said price cuts for Fuel and Electricity will have an impact of Rs. 250 billion.

Later in the evening, talking to a Media outlet, Finance Minister Shaukat Tarin highlighted that Government is no able to provide relief as it has fiscal space available and doesn’t require IMF approval.

He said, Government is well ahead of its Tax collection targets, hence additional tax collected can be diverted to provide subsidy. Moreover, he said that some Government entities have Roughly Rs. 1.3 trillion in accumulated profit from which government intend to declare dividends primarily to settle Circular Debt while some portion from these dividends will be carved out for above mentioned subsidies.