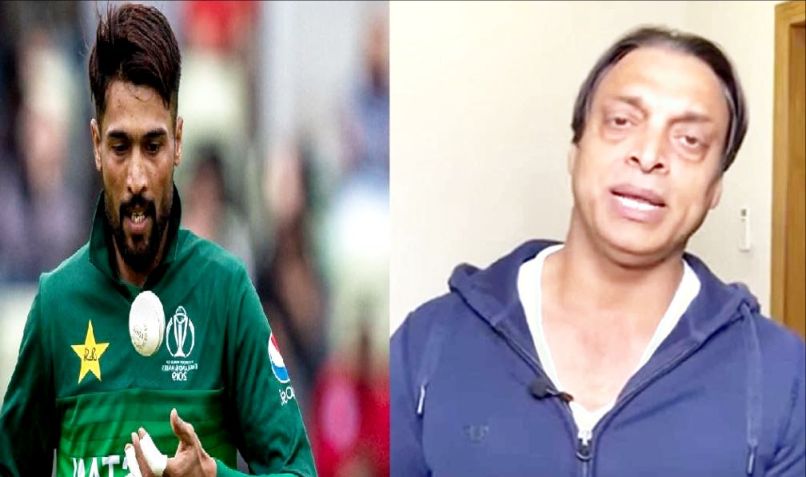 Former Pakistani fast bowler Shoaib Akhtar has asked Muhammad Amir to display “maturity” in resolving differences with the management of national cricket team and he will be back soon.
Amir announced his retirement from international cricket last December after dispute with Head coach Misbah Al-Haq and bowling coach Waqar Younus.

The left pacemaker, who now only plays T20 leagues around the world, has clarified that he will not be able to make a decision until Misbah ul Haq is in charge.
Shoaib Akhtar was talking to state TV PTV where he said that, “Aamir needs to understand that Mickey Arthur will not always be there to protect him, and he needs to grow up now. “


He cited the example of batsman Muhammad Hafeez, who had previously noticed that there was no one from the management with him. Shoaib said that the Team management was against Hafeez. But he just avoided conflict and focused on his cricket. He did not give the management an envelope with money. Amir should learn this from Hafez.

The 29-year-old, previously jailed for spot-fixing, signed up for playing for Caribbean League for Barbados. He will also be seen playing in the Pakistan Super League in Abu Dhabi next month for the Karachi Kings.

Akhtar reminded Amir that he should thank the former PCB boss, Najam Sethi, who played a big role in his return to the International Cricket Center after being banned.