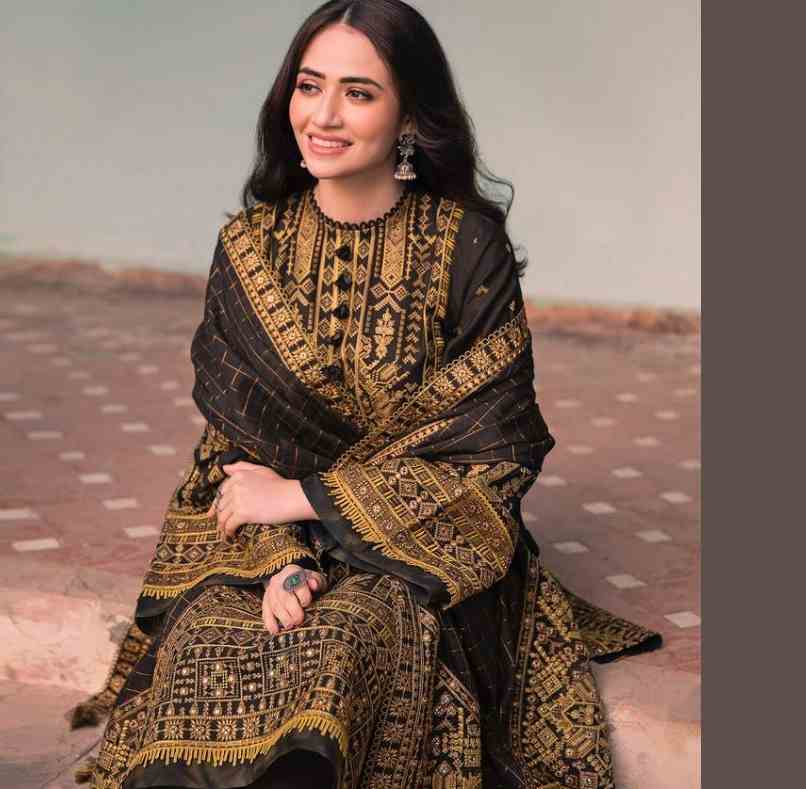 The Pakistani Clothing brand ‘Rang Rasiya‘ has announced cancellation of Contract with actress Sana Javed after several models and make-up artists accused her of wrongdoing.

Actress Sana Javed, who rose to fame with her hit sequels ‘Pyare Afzal’, has been heavily criticized on social media by a slew of makeup artists, actresses and models over the past few days, revealing a shocking story about Sana’s Harassment and Cruel Treatment on set.

Actress Sana Javed has also filed a complaint with the Federal Investigation Agency (FIA) Cyber ​​​​​​Crime, which has decided to take legal action against complainants after repeated allegations.

The announcement said it was in talks with model Sana Javed for the Eid advertising campaign. All these incidents are also impacting the brands. And that is the main reason for the breakup with Sana Javed.

“The Eid campaign was repeated with other celebrities. because we respect trust in society,” the circular added. The statement called on the fashion community to take heed of brands spending millions on photos like this. In addition to time and effort

It should be noted that a few days ago model Manal Saleem said without naming Sana Javed that she would no longer work with any actress. Because these actors see belittle Many makeup artists and Manal Saleem called the behavior of Sana Javed inappropriate.

Sana has been face of many Beauty and Clothing brands. She was recently spotted in Advertisement of Jazmin Online.