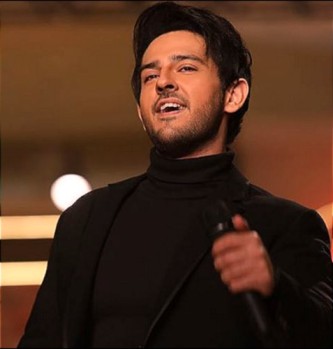 Pakistan’s emerging Singer-songwriter Azan Sami says that he is his father’s biggest admirer and that he will fight for him if he has to.

Azan Sami was recently interviewed by ‘Voice Of America’ in which he spoke about nepotism and said that being the son or daughter of an industry celebrity makes life easier. They say that if someone has a chance, they will definitely benefit. But in my opinion, this is more than an opportunity, you can see experts in your field from day one, and there is no greater blessing. Those who advise you are experts in their field. So when you start your professional life, you have the guidance of experienced people.

Speaking of his father Adnan Sami, Azan Sami said that there were problems between his parents when he was only three years old and then they separated. There was a distance between my father and me due to this separation, but fortunately, I grew up in a time when there are opportunities like phone and video calls, and then I also spent a lot of time in India, where my father raised me. I had the opportunity to live with him and learn from him.

Azan Sami told the media that the truth is my father never tried to influence my music, he let me work freely. My father listens to my music. “As a son, I am my father’s biggest fan, and whoever wants to discuss this with me, I am ready and will definitely argue with him,” said Azan Sami. I listen to my father’s music and try to understand it.