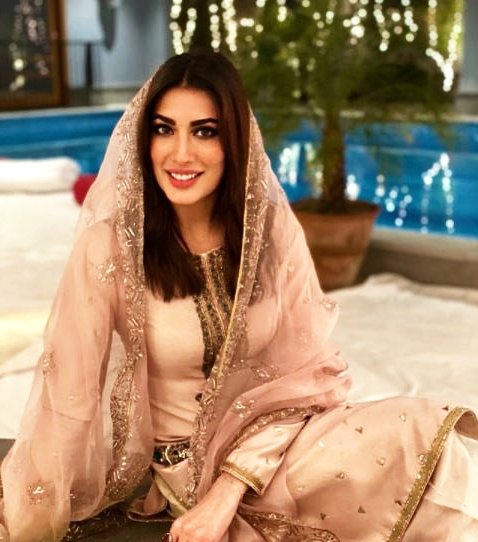 Pakistan’s leading Actress and Sitara-e-Imtiaz Holder Mahwish Hayat has filmed a mocking video with a statement for Dr. Firdous Ashiq Awan, Special Assistant to the Chief Minister of Punjab, which has gone viral on social media.

Both the sisters have made A parody of the Firdous Ahshiq’s statement that “No Jhapis and Puppies on this Eid”. Firdous Ashiq Awan was talking to journalists regarding implementation of SoPs during Eid, where she made the statement for the public.

Afsheen Hayat and Mahwish Hayat made this satirical and funny video based on Dr. Firdous Ashiq Awan during their press conference to prevent and deter the spread of the Corona virus.

Firdous Ashiq Awan had said that: “Simply celebrate Eid, this Qur’an will not be invited, and Eid al-Fitr parties will not be held.”

The Special Assistant’s stategot so viral that this time not only regular people but also famous stars of Pakistani show business took part in this comic parody race.

It is noteworthy that before Mahwish Hayat, various celebrities has made the parody of Firdous Ashiq Awan like Ali Gul Pir, Hania Amir.

Here is the video: https://www.instagram.com/p/CO5oBS4jAnh/