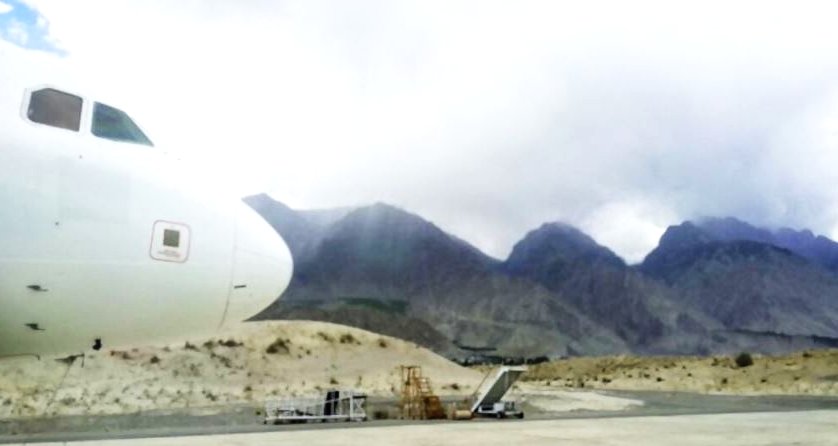 Skardu Airport’s structure is being planned for a major renovation to allow international flights for landing in this Northern City of Pakistan which is a major attraction for tourists.

The new initiative will support all flights and night flights, allowing aircraft to take off and land in poor visibility conditions. Skardu Airport is located at an altitude of over 7000 feet and ranks among the tallest airports in the world.

Skardu and Gilgit have become the busiest airports in the country in recent months, with domestic flights from all major cities in Pakistan as more and more tourists head to the northern region, which has the world’s second highest peak, K2.

The aviation minister said the government will soon issue an announcement declaring Skardu airport as an international airport. At the same time, the government is also exploring options for a new airport in Gilgit.

Gilgit-Baltistan Tourism Minister Raja Nasir Ali Khan also stated that Skardu Airport will be developed to provide better services for international flights. He mentioned the government is in contact with the relevant authorities to launch international aviation operations. He also fully supported local private airlines to fly to the area.

New private airline North Air has given permit to operate flights for northern Pakistan. It will initially operate flights to and from Islamabad, Skardu, Chitral, Gilgit and Gwadar, covering major tourist destinations.

National Cyber Security Policy to be implemented by June’2022